Deutsche Telekom Gets it Right With Its COVID-19 Response

With company responses to COVID-19 regularly being highlighted externally, a common factor has emerged in the effective response to the pandemic: strong leadership coupled with an agile response.

One company that has had both a strong and effective COVID-19 response as well as a clear plan for the post-COVID-19 world is Deutsche Telekom in Germany. Much of this stems from Tim Höttges who has been very visible and vocal in his role as leader of one of the biggest telecom giants in the world.

An Overview of Deutsche Telekom

Headquartered in Bonn, Germany, Deutsche Telekom has been in operation since 1995. It holds stakes in other telecom companies globally—stretching its span of operation east to west—from the United States all the way to Russia and Japan, including well-known brands such as T-Mobile, T-Systems and – as of May 2020 – Sprint in the US. As of 2020, it boasts a workforce of over 216,000 employees around the world.

The Power of CEO Presence in Crisis

Tim Höttges, its current CEO has spent a significant portion of his career at Deutsche Telekom, joining the company in 2000. He was was appointed to the board of directors in 2006, eventually becoming its CEO in 2014. What has stood out since his appointment is the strong emphasis placed on great communications—particularly through the efforts of Tim himself. As well as consistently posting on his LinkedIn page he also regularly engages those that comment.

As the COVID-19 crisis runs its course, Höttges has been very visible both internally and externally. As Deutsche Telekom’s employees, along with everyone else, deals with the fallout from the unprecedented world events, Tim has maintained the engagement and communication efforts—striking a reassuring tone with employees and clearly outlining the course Deutsche Telekom will take in the days, weeks and months ahead.

Let’s take a closer look at what he and Deutsche Telekom have done for an effective COVID-19 response.

Many companies struggled to push out an effective COVID-19 response when lockdowns started to go in place around the world—Germany included. Everything was turned on its head: restrictions were placed on travel and movement, businesses were shuttered down, people were asked to stay at home, and mass gatherings were discouraged. That’s why Tim Höttges almost immediately made the decision to forgo Deutsche Telekom’s participation at Mobile World Congress.

While the annual industry trade fair eventually did get cancelled, Deutsche Telekom initially came under fire for the withdrawal. Detractors insisted that, rather than cancel participation, Deutsche Telekom should instead establish a digital presence. Tim Höttges was adamant that the safety of not just employees but also attendees was their top priority. That distinction in his LinkedIn statement is reflective of the deeper institutional duty of care to everyone in the company’s sphere of influence from customers to employees.

A few days after the entirety of Germany went on lockdown, Tim Höttges took to LinkedIn to post a very comprehensive video that detailed his and Deutsche Telekom’s take on the evolving conditions brought about by COVID-19 as well as what their employees and customers could realistically expect. This honest, transparent and – in places – optimistic commentary on the situation, is something that has been a stand out component of leadership communications at this time of crisis.

A consistent theme in Tim Höttges communications around COVID-19 can be boiled down to three key elements:

Many companies were forced into remote work situation when lockdowns prevented people from leaving their home to report for work. For Deutsche Telekom, it wasn’t as difficult a transition for a large portion of the workforce due to the company already having flexible working options in place.

An extensive communication exercise was rolled out to ensure that their employees were well-prepared and well-informed to handle changes to ways of working. This led to noteworthy measures like the shifting of over 12,000 contact centre agents in the US to a work-from-home setup in less than two weeks.

But what about those that are unable to work from home? Tim Höttges acknowledged early that many jobs in Deutsche Telekom could not be done “from home.” Those jobs included line technicians and those in service departments—those in the field who essentially keep things actually running. For those affected employees, new measures and protocols for working were rapidly rolled out to ensure safety and continuance of services for customers.

Deutsche Telekom Gives Back to the World

Apart from the continuance of service that is at the heart of Deutsche Telekom’s effective COVID-19 response, they rolled out additional data at no extra charge for their customers. They also partnered with SK Telecom of South Korea to provide stronger conferencing and communications solutions to help other companies in keeping touch with their employees.

It didn’t end there, however. Deutsche Telekom was also tapped by the German government to assist in the development of a contact tracing app. This is a critical technology that enables health services to find out who a particular person has interacted with in order to follow the lines of infection of COVID-19, helping Germany’s efforts to contain the virus’ spread within its borders.

While many companies have – out of necessity – focused on the operational and economic aspects by COVID-19, at its core it is first and foremost a health crisis. As part of Deutsche Telekom’s effective COVID-19 response, they opted to meet one of the most critical components that is coming to define the new normal: face masks.

Often the last lines of personal defense against the COVID-19 strain, face masks have become increasingly scarce in the pandemic. Deutsche Telekom’s response was simple: create cloth masks from old, unused, but nonetheless clean fabrics. In a video posted on his own LinkedIn page, CEO Tim Höttges himself is seen creating one with a Singer sewing machine. These were then sent off to their employees all over Germany.

Working Towards the New Normal

As much of the world prepares to move to what everyone’s calling “the New Normal”, it’s unsurprising that Deutsche Telekom is well-prepared for what’s to come. As well as the distribution of face masks—which are to be mandatory for those working on company premises—they’ve also adopted additional measures in-office to protect their employees from the threat of a second wave of outbreaks.

To start only 20% of their workforce is preparing to return. Secondly, within offices, workstations that don’t conform to the principles of social distancing have been physically cordoned off with adequate spacing maintained for those working in-office. Finally, as Tim Höttges himself puts it, there is a stronger push towards allowing for some home working setups to continue—with stronger support for better digitalization.

What We Can Learn from Deutsche Telekom

There are several things that can be learnt from Deutsche Telekom’s effective COVID-19 response. These lessons aren’t just applicable for a crisis—in fact, they can be carried over into the daily operations of any business and company.

The COVID-19 crisis has underlined that internal comms is critical in keeping the company together in a crisis. What Deutsche Telekom did right was to keep its comms momentum from the moment that the crisis hit and never slowed down. They made it clear what the situation of their company was and what their employees could expect. This assurance, in turn, helped maintain business continuity when customers were relying on the company.

There are signs that internal comms should, once beyond an effective COVID-19 response, will acquire a greater importance in companies. This will in turn feed the need for proper planning, budgeting, and resources with personnel who not only have the skills, but are also empowered within their role. This delivers on multiple levels, for example, not only in terms of an organisations crisis preparation, but also in building a strong base of engagement and dialogue within the company. All of these are critical as the world emerges into a truly changed world.

Much of Deutsche Telekom’s effective COVID-19 response features its leader, Tim Höttges, front and centre. His vocal, personable and compassionate style shines through. This, coupled with his position within the company, means his reassuring and consistent messages resonate. This is reflected in the comments from employees to his many LinkedIn posts.

A final lesson that can be taken from the Deutsche Telekom example is that agility matters when it comes to business success. Companies that have seemed to navigate the the COVID-19 crisis successfully are those who responded quickly at the outset of the pandemic. Quick and decisive action is what makes Deutsche Telekom’s response stand out among others.

The crisis has underlined that agility and decisiveness is something that companies need to make central components of their philosophy and thinking.

As restrictions start to be lifted around the world, one thing is apparent: things will be far from normal for a long time to come. While the COVID-19 crisis has put the world into a very tough situation, there is much that can be learned that will be taken into the future. Deutsche Telekom is a great example of things done right. Its transparency, strong leadership, and consistent communications have allowed them to remain in control despite the prevailing conditions, with an agile internal communication strategy and leveraging CEO visibility and presence. 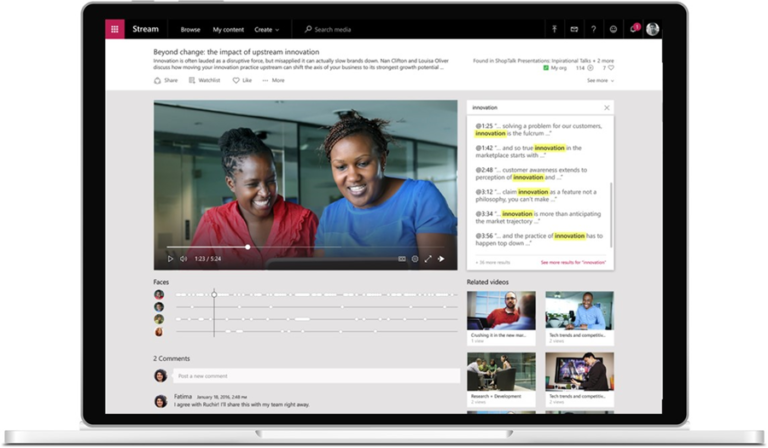 Microsoft Stream: Bringing the Power of Video to Enterprise

Microsoft Stream can be simply described as YouTube for the business world. However, this does a disservice to everything the platform has to offer. While 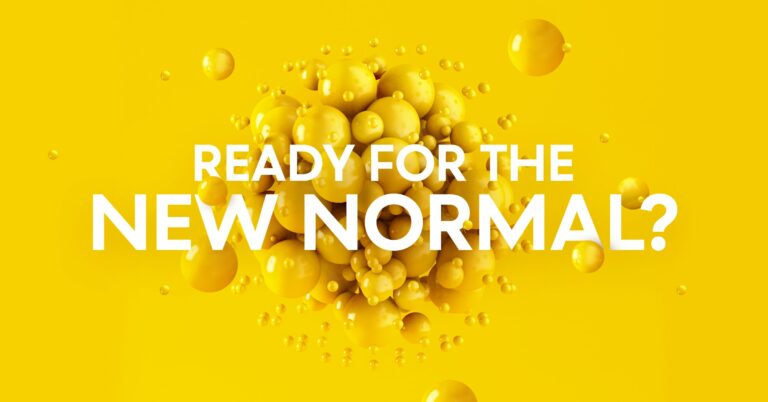 Post-Crisis Internal Communications: Moving Towards the New and Different Normal 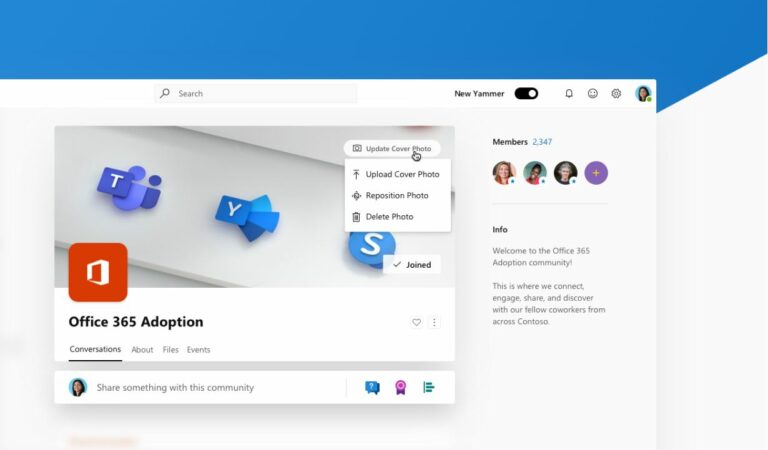 Microsoft Yammer is having a banner year, with the software giant declaring 2020 the ‘Year of Yammer’. One of the biggest developments has been aligning 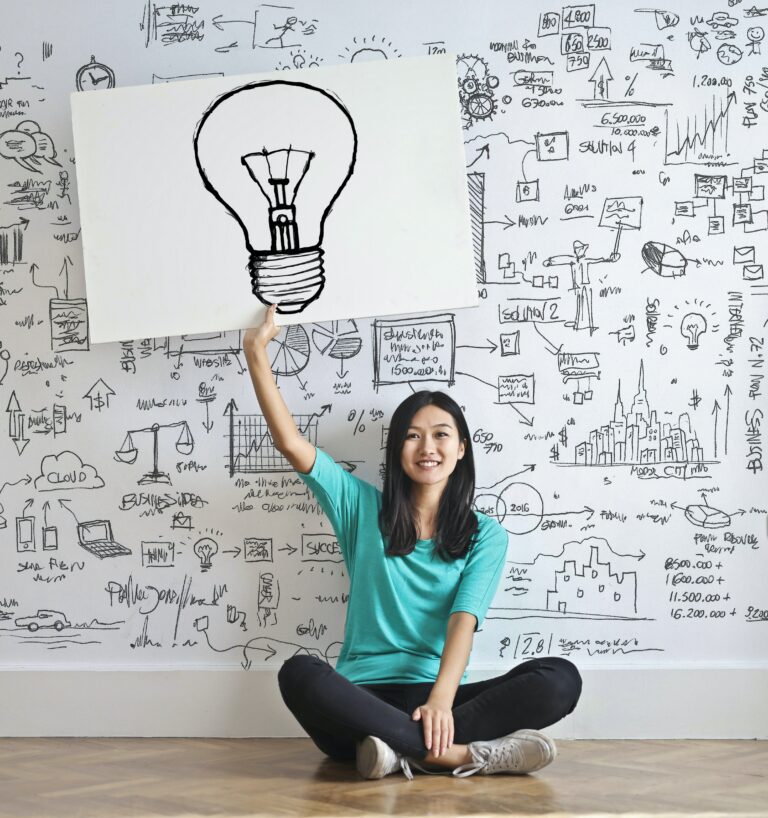 Research on the Current State of Planning in Communications

Ask communications professionals if they think planning is important and most will agree it is. However, it seems clear from study after study that planning

Any cookies that may not be particularly necessary for the website to function and is used specifically to collect user personal data via analytics, ads, other embedded contents are termed as non-necessary cookies. It is mandatory to procure user consent prior to running these cookies on your website.